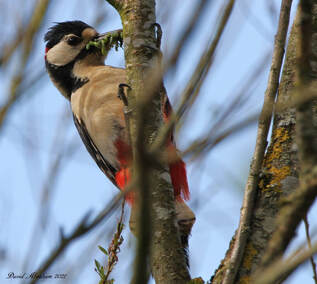 Thursday 3 June 2021
A Spotted Flycatcher still in the urban situation at Lauderdale Park, Hyndland.
Unusually, a Great Crested Grebe and a Common Tern on River Clyde off Dalmuir.


​Friday 4 June 2021
A singing Reed Warbler still at Newshot Island; nearby an Osprey drifting downstream over Erskine shore.
A singing Wood Warbler at the Georgeton end of BAE Systems, Bishopton is a first for the site.
Of interest a movement of Crossbills noted in the morning with 12 over Erskine  and five south over Muirhouse, Motherwell.
At South Medwin Pools, 25 adult Shelducks with three broods, totalling 18.

Sunday 6 June
A Marsh Harrier, heading NE, over Loch Lomond in the morning.
Unusually a female Redstart in hawthorns by the Allander Water at Bardowie.

Monday 7 June
A possible Common Rosefinch near the car park for Carrick Golf Club, west Loch Lomond. A finch-like bird with a red breast was heard singing and briefly seen. 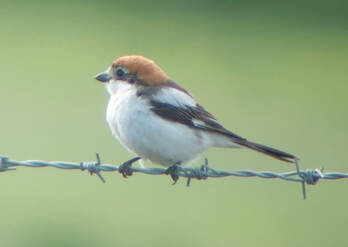 Friday 11 June
BBC News featured today with the support of NatureScot (formerly SNH) that a pair of White-tailed Eagles have been on territory at Loch Lomond since March (although not seen recently). If you missed the report, use this link.  https://www.bbc.co.uk/news/uk-scotland-57428986

Saturday 12 June
Two excellent records of rare species in Clyde today after quiet times
A  female Woodchat Shrike at Ardmore, just after the railway crossing on a fence post at the ruins of Ardmore Farm NS325787, first seen at midday and again early evening. Third record for Clyde and Dunbartonshire.
A female Red-necked Phalarope at South Medwin Pools, near Dunsyre (note access only from Dunsyre at the moment). First record for Lanarkshire and fifth for Clyde; also still 26 adult Shelducks and 18 ducklings.

Sunday 13 June
No sign of the Woodchat Shrike today at Ardmore today, but a Puffin off the south side was an extremely rare sighting.
No sign of the Red-necked Phalarope at South Medwin Pools, but a Little Ringed Plover present.
Unusually a Wood Warbler in song at Mains Plantation, Milngavie. 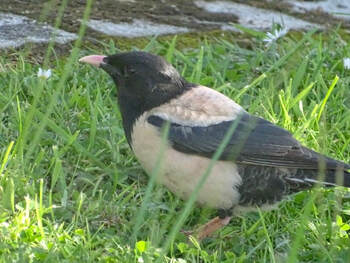 Wednesday 16 June
A Rose-coloured Starling at Sliddery, Isle of Arran could be the same as the one at Strathwillan recently.
Rather late news of a local rarity of a Common Rosefinch at feeders in a Helensburgh garden. (Fifth accepted record for Clyde and second for Dunbartonshire)

Thursday 17 June
It appears that there are/were at least three Rose-coloured Starlings on Arran with sightings from Sliddery, Lamlash and Brodick
A female Long-tailed Duck on the small pond at Drumpellier Country Park, Coatbridge. 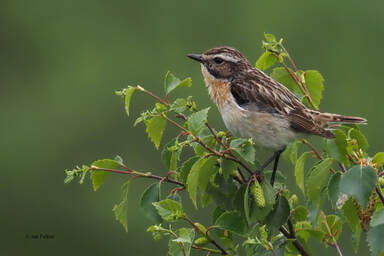 Sunday 27 June
A Rose-coloured Starling (Rosy Starling) in a private garden in Hamilton, no public access.
A female Long-tailed Duck in the small pond at Drumpellier CP.
A Quail calling in a crop field west of Balmore Pool in the field with a pylon.

Wednesday 30 June
Late news from the weekend of an unusual sighting of a Barn Owl being taken by a Buzzard between Larkhall and Stonehouse.